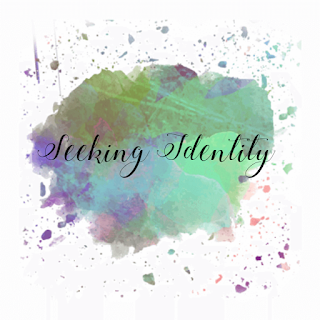 When I was 15 years old, I read a book, that actually belonged to my parents, The Magic of Thinking Big by David J. Schwartz. I was overwhelmed. The book was mind-blowing. It was my first ever self-developement book that I've ever read. I didn't say that I understood every single theory in that book but, yes, that book was becoming the opened door, leading me to read such kind of books more and more, until now. From that book, I realized on my early age that everyone could be successful. Everyone deserves for success. I grew up believing that I had to be successful person and trusting myself fully that I would be the one someday.

I am so grateful that my parents raised me with love and freedom not rule. Since my very young age, they always freed me to choose what I wanted to be and what I wanted to learn. They totally gave me freedom of choice for my future. Some people might be thinking that I was so lucky. I was. I am. Having parent who always gives me freedom doesn't mean that I can do anything that I want. Of course I have freedom of choice, but the most important thing is I have to be responsible for every single decision that I make. Since then I had more belief on myself that I would be successful someday because my parents will always bless me.

When I was a young girl, I didn't understand the concept of success. Whenever I read a story about how successful people achieve their goals, I ended up feeling something burning and screaming inside my chest. I wanted to be like them. Be successful, like them. The more stories I read, the more desire I have. Slowly, my parameter of succes is defined by what I read. I didn't even realize it. I didn't even know.

I come from middle-class family. My parents are selling newspaper to make a living. I still remember when I was in elementary school, every year we packed up our stuffs and moved to different houses because the house rent was over. They always tried to find a cheap rented house so that they could save more money for my and brother's education. They sent me and my brother to private elementary school so that we could get better education. For elementary schools, private institutions are better than the government ones.

My parents were so proud of me because I scored high marks in National Examination and succeeded to be admitted in the second best state middle school in my city. There are only 16 state middle schools and I could get into one of them. I felt successful because I could make my parents proud of me. Since then I started defining success as something that could make my parents proud.

The taste of success, that I defined, didn't last long. My academic progress in middle school didn't satisfy my parents. They never told me about that but I could see from their faces. The success that I felt became fading, and it kept fading until I graduated from high school.

After completing my high school level. I was rejected from the university I applied. I was heartbroken. It was my dream university, and so were my parents'. My parents allowed me to make any decision. Then, I decided to apply for nursing college. I was admitted effortlessly. They showed their gratitute but I wasn't actually satisfied.

My first year in nursing college was just okay. I could easily score GPA 3.65 out of 4.00. My parents began proud of me again. By seeing their proudness upon me  I thought I was successful again, but my heart didn't say the same. Deep down myself I was unhappy and unsatisfied. My definition of success had changed. It's now not only about my parents, but also me.

I started making goals and tried to achieve them in order to feel successful. One day I read a story about someone who studied in India (now he is in UK). I was amazed. I wanted to study abroad too. I told my parents about my will for persuing my degree in India. They simply agreed since tuition cost in India is more affordable than in Indonesia. But they didn't promise me to send much money for my living cost, so I had to spend the money as wise as I could. That's interesting, I think. Because now I learn about how to manage money.

I flew to Delhi and never realized that this decision would change the course of my life. It was my first flight ever and I was alone. After my arrival, I went to Indonesian Embassy in Kautilya Marg, Chanakyapuri, New Delhi. Every single aspect of India was new for me. The smell, heat, even the sun seemed different in India.

Weeks passed by, while waiting for admission in Osmania University, I realized that how harder my parents have to work to fulfil my ambition for success. I became restless. In order to help my parents, I tried to find a job while waiting for admission. I went to Ambience Mall in Delhi and sought for a vacancy. I knew it's illegal but I didn't care. I entered shop by shop in the mall. Most of them just gave me a phone number and asked me to speak to the HRD. Finally, I entered Starbucks Cafe. They welcomed me and directly accepted me to work there. They would pay me Rs 10,000 per month and my workload was from 9 to 5 for 6 days in a week. I was so happy. They asked me to come next day with my resume and I could start working there as a Barista (a person who prepares and serves the coffee)

Before having an idea to look for a job in mall, I applied for a job in Indonesian Embassy. I did apply with no expectation since I was zero experience. But suddenly the day when I was about to go to Starbucks with my resume, I got a call from embassy and said that they would hire me. Then, I went to the embassy with auto and met the Head of Education Office. He needed someone to be a part-time secretary for about six months. He gave me time to think.

It was so difficult to decide, since there was no secretary at that time so I would be the only staff in Education Office besides the Head of Education Office. Now, my orientation was not about money, I thought more about how I would "survive" working in government office with no experience? I tried to think in different point of view. I was sure that they would hire me with a reason. They couldn't be so careless hiring a random person to handle a big job. I started having faith in me and finally we made a deal. This would be a gold opportunity because I could have a good position in a highly prestigious government office on my young age.

My working days in embassy were so hard of course. My boss, he is a Mathematician. He run the office rigidly and highly strict, and I was like the opposite version of him. I was raised by my parents with freedom. But it's okay. I was blessed with the ability to adapt without feeling underpressure. My job was not only about making letters, but also replying emails, paying bills, arranging my boss's schedules, making weekly progress report, handling driver's salary (and my own salary), shopping for stationary, repairing the photocopy machine, and the most challenging part was budgeting. He gave me the password of the safe box so that I could access the office's money. I was speechless to see how much amount of money was in the safe box. There were lakhs of rupees and thousands of dollars. I didn't even believe that he had trust in me so much. He paid me Rs 20,000 per month on my first three months and approx. USD 500 per month on last three months.

Being a secretary in a government office was my second biggest decision I've ever made after studying in India. My office days were so stressful and almost had no holiday for me. Ideally, there should be at least three staffs in education office, but I was the only one. My load was three times heavier than the normal staff, plus the education office was known as the most hectic office than others such as Political Office, Defense Office, Visa Office, etc. My official days were Monday to Friday. I often slept at embassy's mosque on Friday night because I had to go to airport in Saturday early morning (arround 5 Am) to pick up some guests. My phone had to be active 24/7 because he might message me anytime, even on Saturday or Sunday, asking me to book a flight and hotel for his official visits to Singapore, HongKong, Malaysia, Egypt, or Indonesia.

One night I felt so depressed. I couldn't hold back my tears anymore and finally I cried as much as I could and ended up sleeping with my painful head. I woke up early and started thinking again. I questioned myself, "Is this decision right?"  I thought that I was over-confident, taking a big job without any experience.

In the month of August I  flew to Hyderabad for my final admission. I paid my first year tuition fee with my own hard earned money. I spent the rest of my monet for my first year in Hyderabad. I was so happy and so were my parents. I didn't ask a single peny from them during my first year study. Even, I was able to give them about Rs 50,000. Even though it was only for one year but I was still proud of myself because I tried to be independent.

I always believe that there is no wrong decision. If we think that the decision is wrong then we will end up believing that we are doing something wrong. We will know that the decision we make is right (or wrong) is after performing some actions in order to prove whether it is right or wrong.

Successful people are those who are able to prove that their decision or their choice is right.  There are lots of stories of successful people who quit from their jobs and start their own businesses, become a CEO, or creating something new and then becoming a millionaire. For normal people, quitting from a job which provides you with a good salary is something crazy. But if they were able to prove that their "crazinesses" were right then you were right. 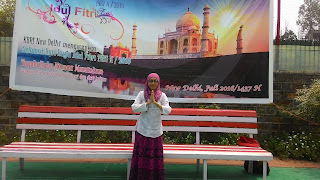